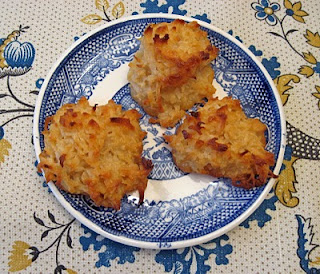 This weekend we are going to a celebratory gathering for my nephews high school graduation. I offered to bring some cookies and so began a search through cookbooks for a good cookie. I believe there will be a lot of kid food there so I wanted to have something that would appeal more to the adults in the crowd. I was thinking I would make some frosted lemon cookies. I will admit the amount of work the recipe I found was going to take made me hesitate. But then, I found a recipe for coconut macaroons. I had never made them, but do really love them. The recipe called for only four ingredients, and while the baking time was long, the whipping up time was short. They are really sweet, but mmmmm, mmmmmm good!

A few notes on the recipe...first off it calls for cake flour but I used regular flour and it worked just fine. It also calls for loosely packed coconut, but I would pack it fairly well, my first batch was very flat and sticky. After adding more coconut I was able to get a nice mound shape that held. And finally, I used both parchment paper and a silicone mat for lining the baking sheets and the parchment paper was the hands down best.

So, here is the recipe which came from Baking in America by Greg Patent. Enjoy!

Adjust an oven rack to the center position and preheat the oven to 250 degrees. Line a baking sheet with cooking parchment or a silicone liner. Set aside.

In a large bowl, combine the flour and coconut, tossing well with your fingertips to coat the coconut with the flour. Add the condensed milk and vanilla and stir with a wooden spoon or spatula until well combined. The mixture will be stiff.

Spoon rounded regular teaspoonsful of the mixture onto the baking sheet, spacing them 2 inches apart and making 20 mounds.

Bake for 30 minutes, rotating the baking sheet from front to back once during baking. Increase the heat to 350 degrees and bake for 6 to 10 minutes more, only until the macaroons are golden brown all over; do not overbake. Carefully transfer to cooling racks and cool completely. Serve very fresh.
Posted by Threads of Inspiration at 8:47 PM

Your macaroons look really delicious! I've only made them once before and they were inedible - I will have to try your recipe - my Dad loves them!

Hi christine - I can't find an email link on your blog so I am writing on your comments board instead. thanks so much for your lovely comments on my posts. As you know it really makes it all worthwhile when people write in to say they are enjoying reading. and I am always especially thrilled when it is from someone I don't know!
Your blog looks great and I will read it more when I have some time. i am busy doing the summer school - yes, it is a great way to create art with all the circus and theatre stuff going alongside. But for now i am so glad to be reminded of roast veggie and pasta salad - just what i need for tonight! love kate

I didn't realise that Coconut Macaroons were so easy to make! 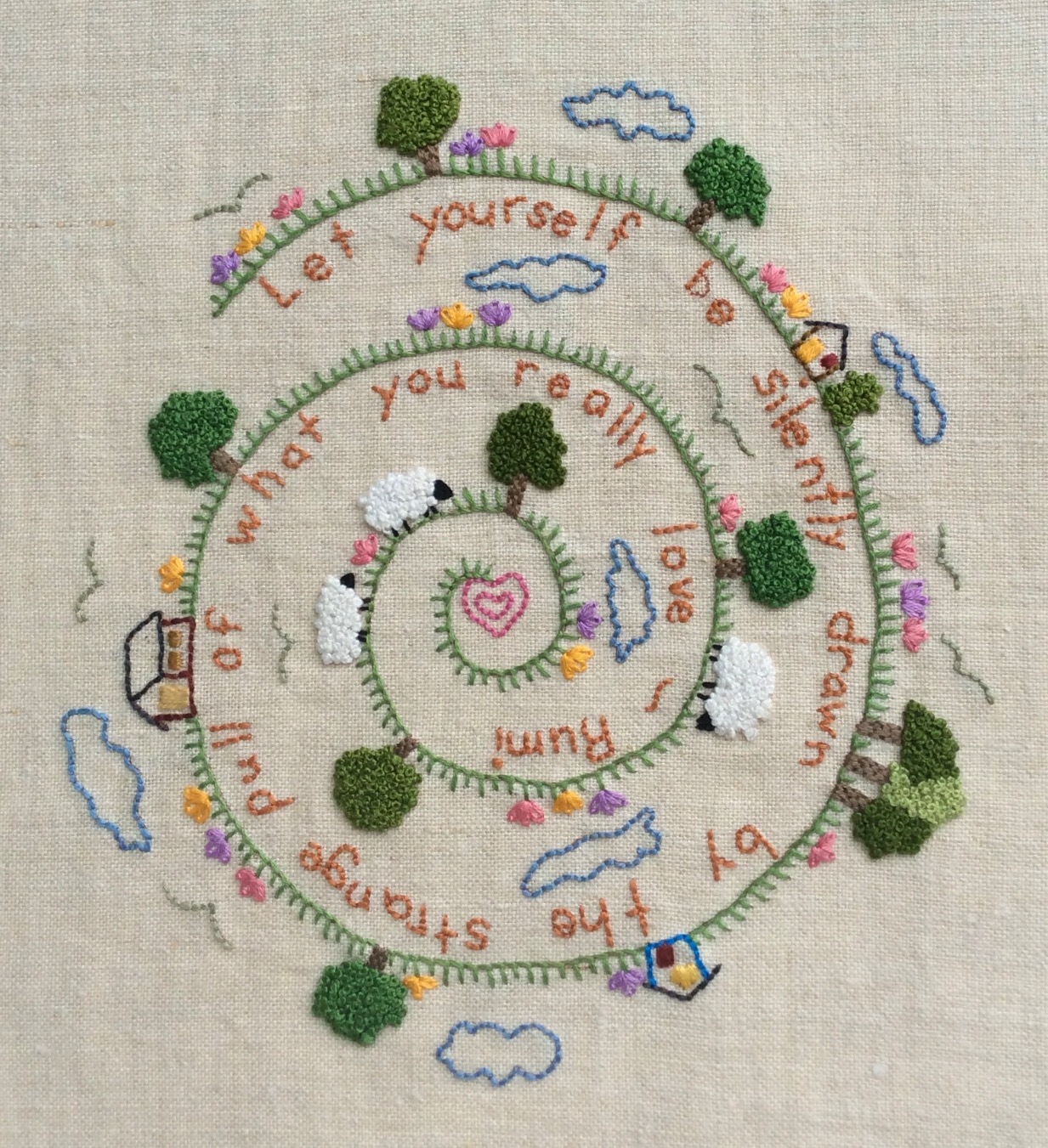